A September Weekend in Motown

White Sox vs. Tigers at Comerica Park, Detroit (6:05 p.m., CT, WCIU) in the opener of a three-game series. Starters: RHP Dylan Axelrod for the Sox, RHP Matt Scherzer (19-3, 2.95) for Detroit. Andre Rienzo was scratched from tonight’s start with a blister on the right ring finger.

It Seems You Can’t Have One Without the Other

The Southern League champion Birmingham Barons have named long-time friends and teammates Erik Johnson and Marcus Semien the 2013 Barons Players of the Year. Johnson and Semien played together in college at Cal-Berkeley and on the pro level this year alone at Charlotte and now the White Sox in addition to Birmingham.

Tommy John in the House

Many young baseball fans know the name Tommy John only from the surgery of the same name. What they may not remember is that John was an outstanding pitcher in the major leagues for 26 seasons. Overall, he won 288 games with a 3.34 ERA and in seven seasons with the Sox (1965-71) he registered 82 wins with a 2.95 ERA. Here’s Tommy both during his time with the Sox and on Wednesday with his family. 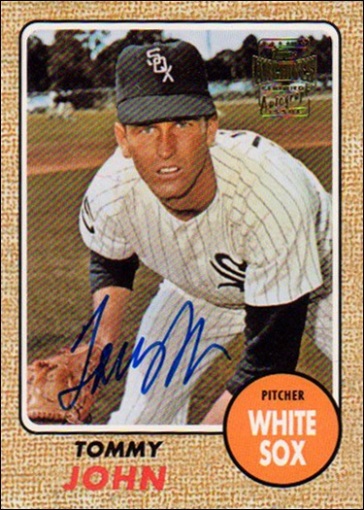 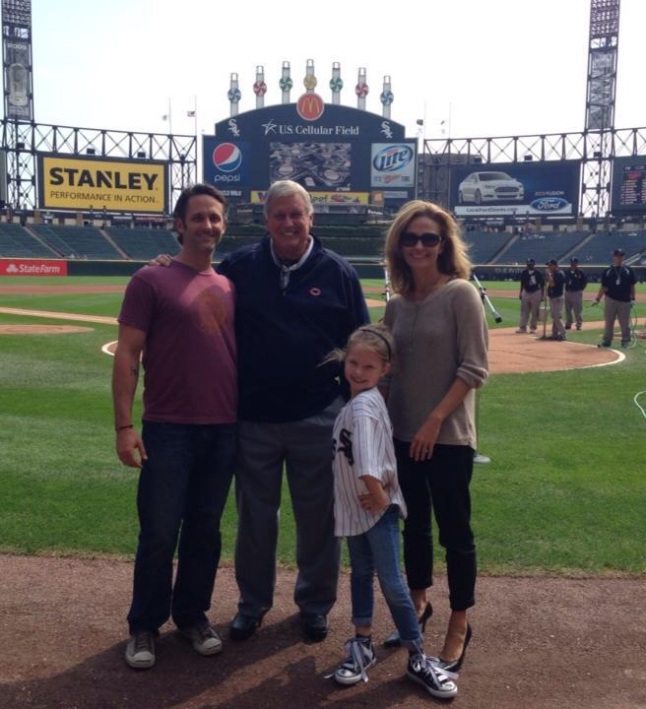 Play of the Day

Enjoy second baseman Leury Garcia’s spectacular play in the sixth inning of Wednesday’s loss to the Twins, which robbed Oswaldo Arcia of a hit:

Sox prospect Micah Johnson spoke to whitesox.com‘s Scott Merkin on Wednesday during his visit to U.S. Cellular. Micah, who was named the MVP of the Southern League Championship Series, talked about being part of a title-winning team for the first time:

“That’s the first championship I’ve ever won. That was unbelievable. I didn’t know what to do. You know how the middle infielders go to second base after a regular win? I kind of did that. I didn’t know to go to the dog pile.”

…that Jordan Danks is batting .293 with two homers and eight RBI in his last 20 games?

Photo(s) of the Day

While in Chicago, Micah surprised a group of Sox players who played for Birmingham earlier in the season with Southern League championship t-shirts. From left to right: GM Rick Hahn, Micah, Asst. GM Buddy Bell and the Sox players–Semien, Erik Johnson, Jake Petricka and Daniel Webb. 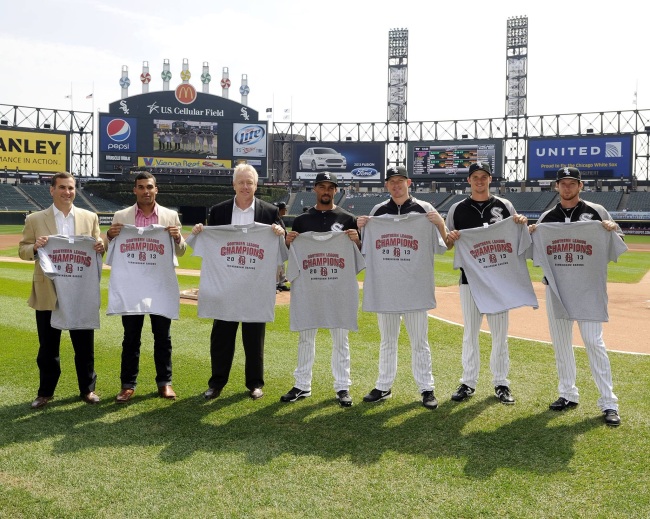