A Homer, a Debut, a Big Win, a Spectacular Catch and a Soaking for Charity 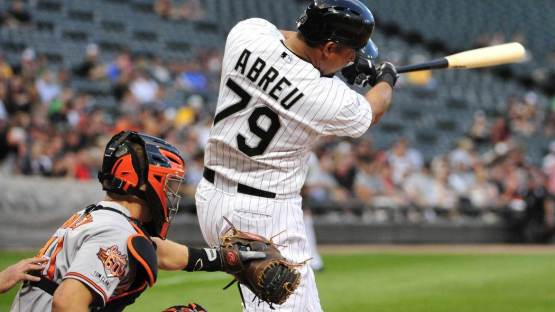 Noesi is scheduled to make his 21st start with the Sox tonight. He owns a 2.79 ERA and a .236 opponents average over his last three starts. He won his second straight decision in his last start on August 15 vs. the Blue Jays.

Play of the Day

Jose Abreu hit home run No. 32, a solo shot that was his first homer in the month of August, in last night’s loss to the Orioles (click on link below for video). Jose is now tied for the major-league lead with Baltimore’s Nelson Cruz and Miami’s Giancarlo Stanton. His total of 90 RBI is second only to Boston’s David Ortiz‘s 92.

Carlos Rodon made his Charlotte Knights debut last night just a few days after being promoted to Triple-A from Class A Winston-Salem and only a couple of months since being selected as the Sox’ No. 1 pick and third overall in the June draft.

The 21-year-old left-hander (pictured below) tossed three innings in a starting role, allowing a run, a hit and three walks while striking out three in a 55-pitch outing. 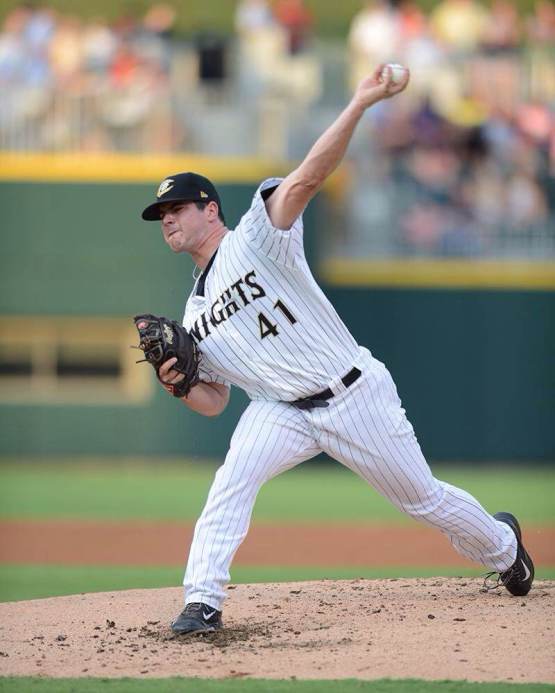 The youngsters from Jackie Robinson West are just one game away from the U.S. championship game in the Little League World Series after an impressive 6-1 victory last night over Pearland, Tex. JRW will play the loser of tonight’s game between Pennsylvania and Nevada at 6:30 p.m., CT, Thursday on ESPN.

JRW starting pitcher Joshua Houston, who is also a member of the White Sox Amateur City Elite (ACE) program, pitched five innings of one-run, four-hit ball for his second win of the World Series. He also doubled in a pair of runs.

How Did He Make That Catch?

Take a look at this effort by outfielder Michael Earley of the Birmingham Barons, the Sox’ Class AA affiliate.

Abreu on going homerless in the month of August until last night’s blast:

“It’s one of those things that’s part of the game. It happened to me in Cuba before, and I know it’s one of those things you go through in a season. But today I was glad and thankful I was able to make good contact, and tomorrow I may have another one. As long as we’re helping the team, that’s a good thing.”

During last night’s game, Hawk Harrelson joined the millions of people around the world who have participated in the ALS Ice Bucket Challenge. Southpaw and Jim Thome had the honor of soaking the Hawk. 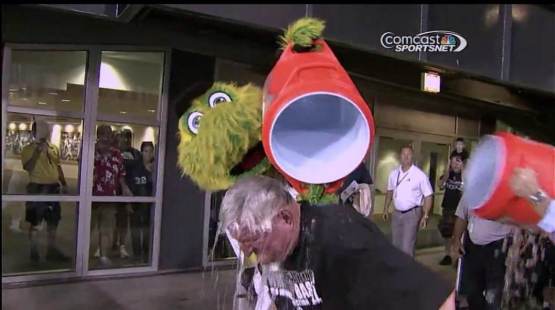 You Can Put It On The Board

The offseason is only a couple days old, but we received some good news already with word that Ken “Hawk” Harrelson has advanced as one of 10 finalists for the Baseball Hall of Fame’s 2014 Ford C. Frick Award.

The Frick Award is presented annually for excellence in baseball broadcasting by the National Baseball Hall of Fame and Museum and Hawk has the chance to become the fifth White Sox broadcaster to win the award, joining previous honorees Bob Elson (1979), Jack Brickhouse (1983), Harry Caray (1989) and Milo Hamilton (1992).

Hawk just completed his 21st consecutive season in the Sox television booth and 29th overall, and his catchphrases have become common terminology among baseball fans not only in Chicago, but throughout the country. 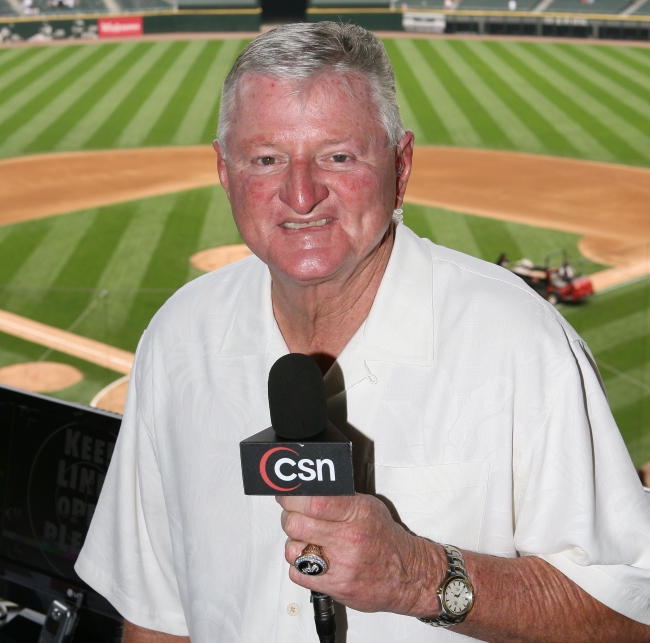 Check out a remix of some of his most famous phrases: http://wapc.mlb.com/cws/play/?content_id=30679589&query=hawk

The winner of the 2014 Frick Award will be announced on December 11 at the Baseball Winter Meetings and will be honored during the July 26 Awards Presentation as part of Hall of Fame Weekend 2014 in Cooperstown.  To read more about the final 10 candidates, visit www.baseballhall.org.