A Series Win is There for the Taking

Give Hector Noesi credit. After a rocky first inning, when he gave up four runs to the Astros before an out was made, Noesi settled down and battled successfully the rest of the way. He gave up only one more run before leaving after six-plus innings in the 6-5 loss to the Astros…Gordon Beckham singled in a run, Alexei Ramirez, Moises Sierra and Alejandro De Aza each collected an RBI on a sac fly and Jose Abreu drove in a run on an infield groundout…Adam Dunn doubled and walked twice and Dayan Viciedo had a pair of singles, a walk and scored twice…Sierra made the defensive play of the game in the first inning, a diving catch in right field that prevented another pair of runs from crossing the plate.

Jose Abreu has been placed on the 15-day disabled list with posterior tibia tendonitis in his left ankle. Adam Eaton has been reinstated to the active roster.

Blackhawks Continue Their Quest for the Cup

Quotes of the Day

Two examples of the closeness and team-first aspect of this White Sox team. Regarding Eaton’s tweet, many of Abreu’s teammates call him “Oso”–Spanish for bear.

De Aza on Eaton, who is back in his familiar leadoff spot today (via Colleen Kane in the Trib).

“(He brings) a lot of energy. He’s the kind of guy you want to have on your team.”

Gordon Beckham is red-hot. After going 2-5 yesterday with an RBI and run scored, he’s now hitting .340 with three home runs and seven RBI over his last 12 games. And he’s hit safely in 11 of those contests.

Before tonight’s game the Sox placed both Paul Konerko (lower back strain) and Jesse Crain (right shoulder strain) on the 15-day disabled list. Third baseman Brent Morel, who was with the Sox briefly last week, and LHP David Purcey were recalled from Triple-A Charlotte. Morel is hitting .283 with five homers, 20 doubles and 40 RBI for the Knights. Purcey has a 3.03 ERA, three saves and 43 strikeouts in 26 relief appearances this season with Charlotte, Lefty hitters are hitting only .146 against him.

Robin said both Konerko and Crain should be back after the All-Star Game.

According to Coop, Jake Peavy threw all of his pitches from both the windup and the stretch in a light to medium bullpen session yesterday. There were no problems and Jake will likely throw again on Friday at Tropicana Field during the White Sox-Rays series.

The Cup is in the House

The Sox will welcome the Stanley Cup and Blackhawks Patrick Sharp and Brandon Bollig tonight for an on-field ceremony prior to the start of Sox-O’s. 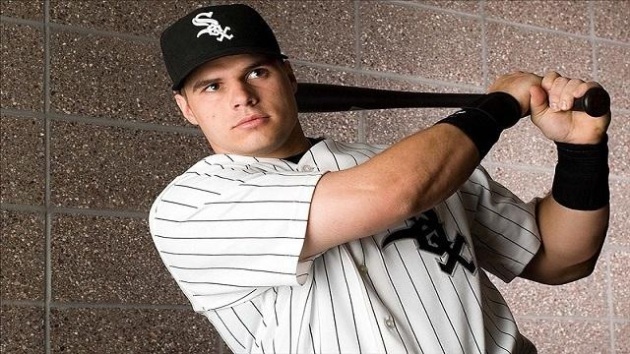 * Conor Gillaspie put the Sox ahead to stay in the sixth inning with a solo blast, his sixth homer of the year.

* Adam Dunn hit his 22nd home run of the season and career homer No. 428 last night, a two-run shot that extended the Sox lead in the seventh inning to 5-1. Adam is now in sole posession of 45th place on the all-time list, passing Mike Piazza. He is one shy of Konerko.

“That never leaves. Once that is in you a long time it makes leaving it really tough. I miss digging my back foot in and competing.  I think what this will do will give me a chance to go down and see some minor league guys and give a piece of advice that leads to success, which would be the biggest accomplishment of all. Giving back to young players who want that advice will be rewarding.”

…that the Sox’s keystone combo continues to make a significant impact on the club’s offense. With two more hits last night, Alexei Ramirez extended his hitting streak to eight games and has a hit in 17 of his last 19. He is batting .349 with seven doubles, five RBI, six stolen bases and nine runs scored over the 19 games. Gordon Beckham recorded his ninth multi-hit game of 2013 last night with three singles and added an RBI. He is now hitting .385 with two doubles, three RBI, a walk, a stolen base and three runs scored on this homestand.

Tuesday, May 28, 2013
Today’s News
Tonight’s Game
White Sox vs. Cubs at U.S. Cellular Field (7:10 p.m., CT, CSN) in the second of the four-game Crosstown Cup Series. Starters: Chris Sale (5-2) for the Sox, former South Sider Edwin Jackson (1-7) for the Cubs.
Sox Starting Lineup: De Aza, CF; Ramirez, SS; Rios, RF; Dunn, DH; Konerko, 1B; Viciedo, LF; Gillaspie, 3B; Greene, 2B; Flowers, C.
Good to Have Him Back
Sale, who missed his last start due to tendinitis in his pitching shoulder, has a 23 scoreless inning streak–the longest by a Sox pitcher since reliever J.J. Putz in 2010 (27) and the longest by a starter since Mark Buehrle in 2001 (24.2). He is also on a four-game winning streak with a 1.18 ERA and .153 opponents average in his last five starts.
Go Blackhawks!
Good luck to the Blackhawks as they face the Red Wings tomorrow night in Game 7 at the United Center. A win and they advance to the NHL Western Conference Final against the Kings or Sharks, who play Game 7 in their series tonight.
Quote of the Day
Our Twitter campaign asking fans to send birthday wishes to Frank Thomas yesterday seems to have worked well. @TheBigHurt_35 tweeted back: “I just checked my Twitter Page!! So Thankful for all of you in my life!! #LOVE 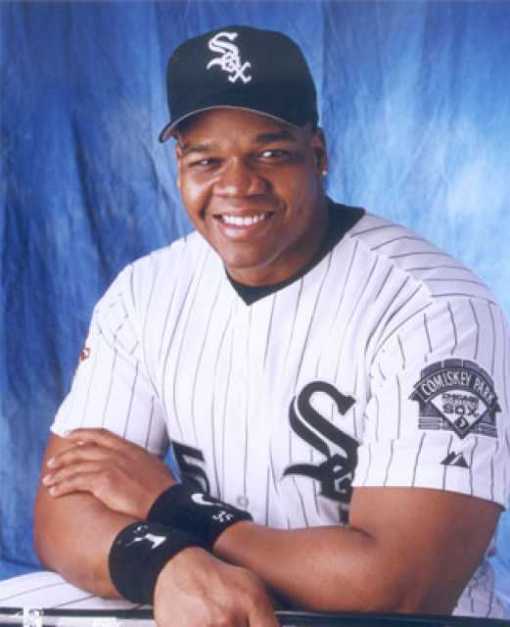 Play of the Day
For the second day in a row, Dayan Viciedo nailed a runner at the plate. Last night against the Cubs he cut down former Sox outfielder Ryan Sweeney attempting to score from second in the seventh inning.
http://wapc.mlb.com/cws/play/?tcid=mm_cws_vid&c_id=cws
Tomorrow’s Schedule
White Sox vs. Cubs at Wrigley Field (1:20 p.m., CT, WGN) in the third game of the Crosstown Cup Series. Starters: John Danks (0-0) for the Sox, Scott Feldman (4-4) for the Cubs.
Did You Know…
…that Conor Gillaspie, hitting .292 on the season, is 6-14 (.429) in his last four games? This, of course, includes his walk-off single in the bottom of the ninth inning last Saturday night that gave the Sox a 2-1 victory over the Marlins.
Photo of the Day
Sale goes for win No. 6 tonight as the Sox look to even up the series and get back to the .500 mark.